SoftCo would like to extend its congratulations to brand ambassadors Paul Nolan, Sean O’Keeffe and Troy Merritt on their recent sporting achievements.

On Wednesday 29 July, Sean rode the Paul Nolan-trained Mrs Milner to victory in the Irish Stallion Farms Mares Handicap Hurdle, on the third day of the 2020 Galway Races Summer Festival. Paul has enjoyed plenty of success at the world-famous Ballybrit course in the past.  In 2006, he became only the second trainer to train three Galway hurdle winners, when Cuan na Grai won the famous handicap hurdle. Wednesday’s victory will rank as another notable success for the in-form yard. 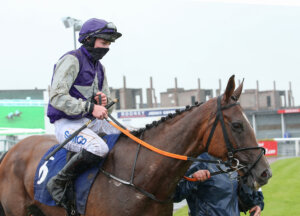 On the PGA tour, Troy Merritt claimed second place at the Barracuda Championship on Sunday. Troy shot another under par round but narrowly missed out on victory by just a single point when the resulting winner Richy Werenski holed his second shot for an eagle on the 16th hole. However, the impressive second-place finish ensured that Troy secured his spot in the US Open at Winged Foot in September. Next week he tees it up in the first major on the season, the US PGA Championship in San Francisco.