Contract Management has changed over the last 10 years. It's time to get up-to-date and become an industry leader. 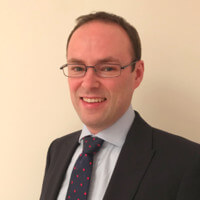 Contract Management has evolved. We want you to be leading the future of the field by avoiding some of the common manual pitfalls, and by embracing technology. But first, we want you to meet John.

John is checking his emails on a Monday morning when a contract comes in.  He prints it off, sits down and gives it a read. John is happy and gives it the go-ahead. Popping it down, John will drop it by AP before having a morning coffee. The phone rings. John’s attention is turned to another matter, the morning coffee never happens.

A week goes by, John grabs the contract on route to the scanner. After all, it’ll be quicker to email the AP department. An employee walks in with an urgent query. John pops it back down. A week turns into a few, other contracts come in and move along. The phone rings. It’s the AP department, they have a disgruntled supplier asking why their invoice hasn’t been paid. AP knows nothing about it. John tears his desk apart, the contract is nowhere to be found. Moral of the story, don’t be like John.

Interruptions happen, incidents like this aren’t as infrequent as you may think. However, the consequences are significant. Companies from multiple industries have faced fines for breaching contracts. This includes a high-profile company slapped with a $5 billion fine for privacy breaches and violating a prior agreement.

Not only could you face financial penalties if you don’t manage contracts correctly, but it can also fray relationships with suppliers and the AP team. In an industry where competition is fierce, reputation is everything. According to Gartner, 60-80% of B2B deals are managed through contracts, so having a system in place that works is essential to your businesses’ health. Here are three pitfalls to avoid.

Lack of Compliance and Control

If you use email to send contracts over to the AP department, you aren’t alone. According to a Levvel report, it’s the most popular platform for managing contracts.

However, you may be opening yourself up to a number of legal and data compliance problems. More often than not, if you’re using email to handle contracts, you’re printing them out to sign them or to review them with different departments during meetings. This can compromise data regulations if the contract goes missing or isn’t stored correctly. The Journal of Contract Management forecasted that 71% of companies can’t find at least 10% of their contracts. 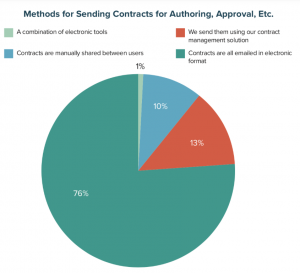 Additionally, using a manual process you have a little control over who can access and amend contracts. If you’re storing them in cabinets or in an email folder, you don’t have visibility over deadlines, expiry or renewal dates to hand. You’re reliant on a staff member to check each month that the installments are being paid on time, at the correct amount, and within the legal agreement between the two companies.

Mistakes can be costly for businesses. It leaves them open to legal cases with data regulators and suppliers. It’s the most common concern, according to a Levvel report. 61% of respondents said their top contract management challenge was the government, legal, or corporate compliance. 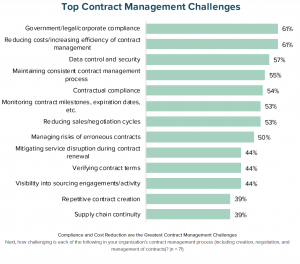 Boredom is one of the biggest killers for productivity. According to an NCBI study, mundane and routine tasks can lead employees to become disillusioned and distracted.

Your team every month spend hours on dull tasks such as trawling through contracts to ensure that the installments are paid within the agreed time frame, and early payment discounts have been utilized. Expiries and renewals have to be maintained. Invoices that come in have to be manually matched against the contract, as well as creating invoices for non-POs and sending them to AP. The process is outdated, time-consuming and mind-numbing for staff. Want to know more about contract matching? Click here.

At audit, the manual system can become an even greater problem. Staff must trace back to who made the changes if there are queries. Trying to locate the documentation means someone going through cabinet after cabinet to find it. It’s stressful and time-consuming.

Overpaying and double payments happen more than most companies realize. The evidence of overspending seems to slip through the cracks as contracts haven’t been checked, so the overpayment isn’t picked up on. The extent of the problem only comes to light during an audit, as Deloitte found.

In fact, Deloitte discovered after doing a number of contract management reviews that opportunities arose to recover 3-5% of contracted spend. They predicted, particularly in projects that capital-spend ran into the billions, the losses could be significant.

However, the battle doesn’t end when you have determined what costs need to be recovered. A Levvel report explained that only 25% to 75% of third-party recoverable costs are actually collected. The problem? Internal process deficiencies in the post-payment phase.

Switching the manual process for an automated Contract Management system gives complete control and visibility of contracts on one platform. We’ve written a blog about how to make the change here.

Your employee’s time will be put to better use as the solution will provide notifications every time a renewal date arises. Contracts are in a secure, safe and data compliant platform. Reach your records at a click of a button to view terms and agreements. Additionally, you can delegate who has access to the sensitive files.

Establish clear lines of communication with the AP team by having invoice matching against contracts. Set-up monthly installments and create self-billing. Be an industry leader by giving your staff the gift of automation to allow them to focus on high-value tasks and leave the repetitive tasks to the Contract Management system. Replacing the painful paper search with a few clicks will boost productivity by reducing the amount of time searching for contracts.

Automation allows the tracking and recording of who interacted with the contract, leading to easier audits. Enabling installments, automatic matching of invoices to contracts and clear communication with AP means that double payment and overspending will be a problem of the past.

Don’t be like John. Take Contract Management to the next level within your organization and be a leader. Boost productivity, communication, and compliance and say goodbye to disorganization, overspending, and missing contracts.