Gold Cup-winning Jockey and SoftCo Ambassador, Bryan Cooper, added another Cheltenham Festival victory to his tally aboard the mare, Mrs Milner, in the Pertemps Network Final last week. The six-year-old mare, trained by fellow SoftCo Ambassador, Paul Nolan, produced a career-best performance to win the illustrious three-mile handicap hurdle by an impressive five lengths. The victory was all the more enjoyable as Mrs Milner was bred and is owned by SoftCo!

The win marked a third career victory at the Cheltenham Festival, the Olympics of Horse Racing, for trainer Paul Nolan, following previous success with Dabiroun in 2005 and Noble Price in 2011. Nolan came agonizingly close to a third Festival winner twelve months previous when another stable star, Latest Exhibition, was narrowly touched off by the Willie Mullins-trained Monkfish in the Albert Bartlett Novices Hurdle. To get that third Festival victory after coming so close last year made the win with Mrs Milner all the more special.

Bryan Cooper is no stranger to the Cheltenham Festival winner’s enclosure, having famously ridden Don Cossack to victory in the 2016 Cheltenham Gold Cup.

Speaking to Racing TV directly after the race, Cooper commented on his partnership with the Nolans:

“They’ve been massive supporters of mine over the last couple of years…It’s great and I just can’t thank them enough.”

“Bryan gave the horse a fantastic ride. We’re delighted to have another winner at the Cheltenham Festival. We’re sorry that we weren’t able to be there and it would have been fantastic for Jim [Coffey] and Susan [Spence] to have been able to lead in their winner, but I hope they got great joy out of it, watching from home.”

Everyone at SoftCo would like to congratulate Bryan Cooper, Paul and James Nolan and all associated with Toberona Stables on this fantastic achievement. 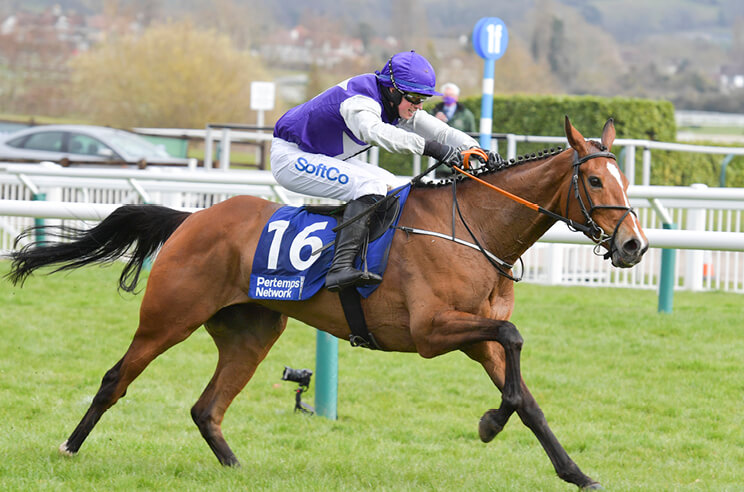