After over 20 months preparing in the background, the Irish Women’s Hockey team is looking to hit the ground running at June’s European Championships in the Netherlands.

It is the first phase of a huge summer that culminates in the Tokyo Olympic Games with the Euros doubling up as a key preparation tournament for the Games while also providing three potential 2022 World Cup tickets.

It means head coach Sean Dancer has selected his strongest available squad for the eight-team competition at Amstelveen’s Wagener Stadium, bidding for a first-ever semi-final spot.

There, they will take on world number one side the Netherlands on June 5th in a rematch of the 2018 World Cup final. On June 7th, Ireland face Scotland before closing out the group stages on June 9th against Spain.

Dancer’s 18-player panel features 12 of the 2018 World Cup silver medal-winning side and 13 of the team that won qualification to the Olympic Games in November 2019 in a dramatic shoot-out in front of a packed-out Donnybrook Stadium.

For World Cup qualification, Ireland will only be absolutely assured of a ticket if they finish in the top three positions. Currently, Spain and the Netherlands are already pre-qualified as hosts; should either or both finish in the medal positions in Amstelveen, fourth or fifth place could provide the golden ticket.

The squad was announced this morning in Skerries at a joint event run by primary sponsors SoftCo and Park Developments.

Speaking at the announcement about the selection, coach Dancer said:

“It has been a long, tough 12 months, preparing in a Covid world. It is a credit to the group’s strength to arrive at this year’s Euros with a very balanced team. I will enjoy watching the experienced players controlling our play in combination with the excitement of our young players such as Michelle Carey and Hannah McLoughlin. The European Championships is a major tournament with ramifications for next year’s World Cup. We have made our objectives very clear and will push hard as a group towards them.”

“Congratulations to the players that have been selected for the Irish Women’s Hockey squad for the European Championship today. Since achieving a World Cup Silver Medal, this group have continued to drive forward with Olympic Qualification and the recent historic victory over Great Britain. We are extremely proud to be their main sponsor as they go in search of European and Olympic glory this summer and wish them every success.” 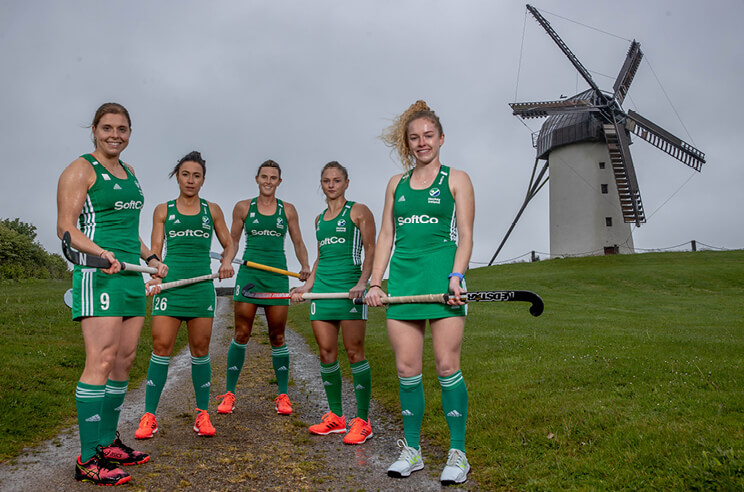