SoftCo is delighted to announce one of the leading goalkeepers in the world of hockey, Ayeisha McFerran, as the newest member of the company’s brand ambassador team. Ayeisha joins an already stellar list of ambassadors from the sporting world, including rugby legend Ronan O’Gara, PGA Tour stars Chesson Hadley and Troy Merritt, National Hunt jockey, Bryan Cooper and her Ireland teammate Katie Mullan.

Ayeisha played an instrumental role in Ireland’s run to the 2018 Women’s Hockey World Cup Final, where she was named goalkeeper of the tournament. She made her senior Ireland debut against Spain in 2014 and has represented Ireland at various tournaments, including the 2017 Women’s FIH Hockey World League and 2017 Women’s Four Nations Cup.

Ayeisha recently completed four years at the University of Louisville, which she attended on a hockey scholarship. While studying, she also worked as a goalkeeper coach for local hockey club International Field Hockey Club of Kentucky.

Having displayed both a winning mentality and strong teamwork and leadership skills throughout her career, Ayeisha will bring these attributes to her role as brand ambassador, supporting the growth of SoftCo and working closely with worthy charitable causes as part of the SoftCo Foundation.

“We are delighted Ayeisha has joined the SoftCo team. Her winning mentally and demand for success at highest level in Hockey reflects our values as an organization. We look forward to working together and wish her and her teammates every success in their bid to qualify for the Olympics.”

“SoftCo create some first-class technologies for major organizations worldwide. Their charitable support and investment in grassroots sports is admirable and I am excited to join the team. As a group, we are thrilled to have their continued support during our pursuit of qualification for the 2020 Olympics in Tokyo.” 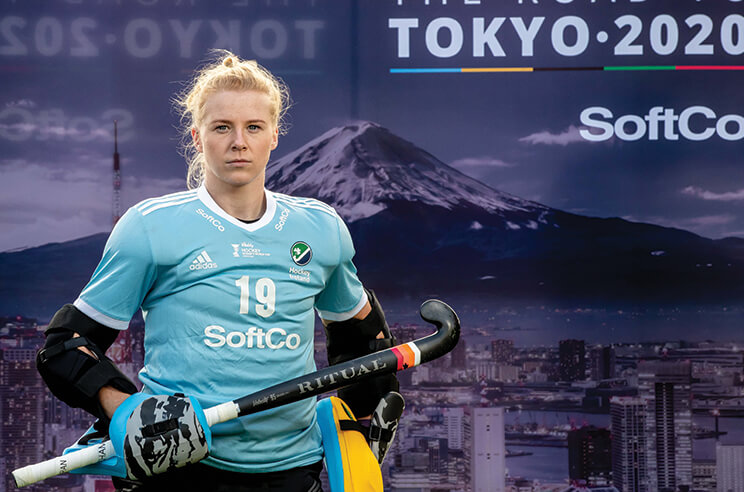