SoftCo, leaders in financial automation software & Hockey Ireland are delighted to announce SoftCo as main sponsor of both the men’s and women’s national teams on an equal basis.

SoftCo will become the main sponsor of the men’s senior and development programs ahead of a busy 2022 and their ultimate pursuit of Olympic qualification for Paris 2024. It means both the Irish men and women’s teams will enjoy the same level of support, aligning perfectly with hockey’s pursuit of gender-equality of opportunity and ambition.

“We are delighted to extend our successful partnership with Irish Hockey.  It is an exciting time to team up with the Men’s Senior and Development Squads with so much talent and ambition in the squad.  We have had fantastic fun over the last four years with the Women’s Team and hopefully we can replicate that success. We are especially grateful to the wider Hockey community for their wonderful support and will use the sponsorship of both the Men’s and Women’s International teams to help hockey at grassroots level.” commented, Susan Spence, Co-Founder, SoftCo. 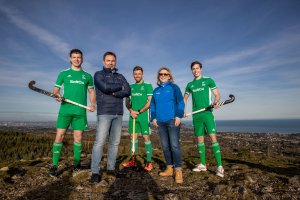 “I am thrilled to see SoftCo coming on board at a vital phase in our development. We have seen the huge impact their support engagement has had on the women’s team and we are looking forward on building that relationship. We have a young side that has grown quickly in 2021 after 18 months out of action with Covid and this is the perfect boost to our program to add serious momentum.” 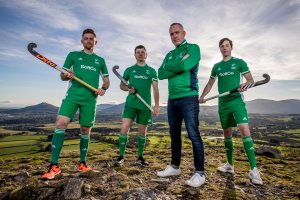 In 2022, the “Green Machine” will compete in August’s EuroHockey Championship qualifiers in Dunkirk, France as well as making their debut in the FIH Nations Cup. The events are key stepping stones in the qualifying process for the Olympics.

SoftCo have supported the women’s team for the past four years and the women’s development program since August 2021 as well as supporting a number of grassroots initiatives.

In that time, SoftCo has become synonymous with the team and its success, including an historic 2018 World Cup silver medal and an Olympic debut at the Tokyo Games. The Green Army has qualified once again for this summer’s World Cup which will be played in July 2022.

“SoftCo continue to be incredible partners for Hockey Ireland, helping to reach new heights on the world stage. This unique dual-sponsorship ties in perfectly with hockey’s ‘equally amazing’ charter, promoting the sport on a gender-equal basis.”

For over 30 years, SoftCo has delivered finance automation software that streamline processes, reduce costs, and ensure full financial control, compliance, and visibility.  SoftCo is a global organization with offices in the USA, Ireland, the UK, and the Nordics. SoftCo is SOC2, ISO 27001 and SAHKE2 certified in addition to being a Microsoft Gold Partner and AWS Advanced Technology Partner. Over two million business users worldwide across all industry sectors use SoftCo solutions including SunnyD, the Finnish Government, Primark, Patagonia and PwC. 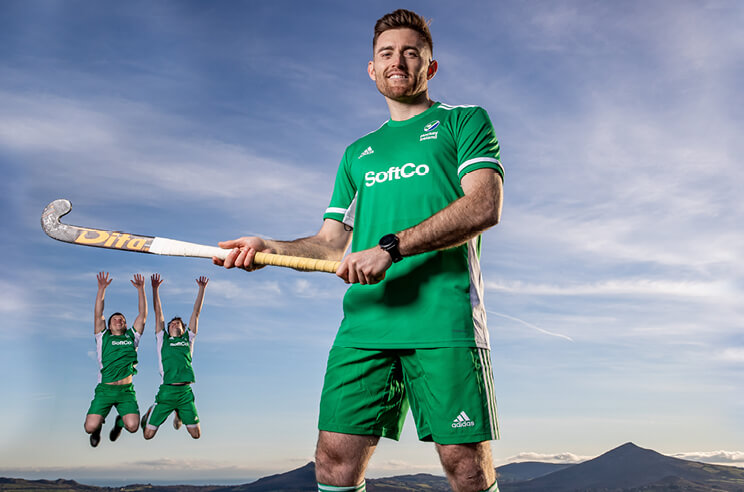