On Sunday 12 November Dun Laoghaire Golf Club hosted a charity kicking masterclass with Ronan O’Gara in aid of two amazing charities; Pieta House and The Heartbeat Trust. The event took place in Donnybrook stadium in Dublin, was sponsored by SoftCo, and supported by Macquarie Bank. The event was a massive success and raised €12,000 for the two charities.

On the morning following an entertaining victory for Ireland over South Africa, Ireland’s future rugby stars were out in force to learn from Ireland’s all-time leading point scorer. Ronan O’Gara scored 1,083 points for Ireland over 14 years and he is the most capped player in Heineken Cup history, so they were in good company. The youngsters were shown some of the secrets that Ronan had used throughout his career to clinch countless victories for Ireland and his club, Munster, before a Q&A session.

As sponsors, SoftCo provided all attendees something to help remember the day. Everybody received a t-shirt with ‘ROG’ on the back (O’Gara’s nickname) as well as a rugby ball signed by Ronan.

“A great time was had by all. Huge thanks to Ronan O’Gara for contributing his time to help these two amazing charities that are very close to our hearts at SoftCo.” 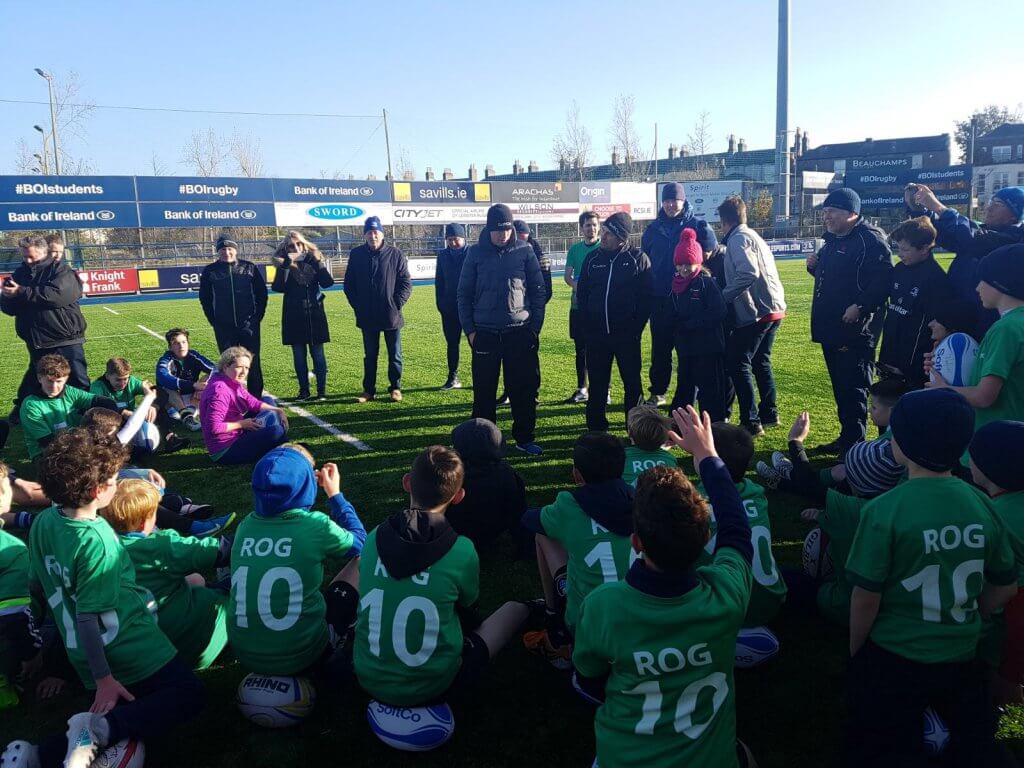 Since 2006 Pieta House have seen and helped over 30,000 people in suicidal distress or engaging in self-harm, and established twelve subsequent centres across Ireland. The charity’s fully qualified staff provide a professional one-to-one therapeutic service for people who are experiencing suicidal ideation, people who have attempted suicide and people who are engaging in self-harm. Pieta House also operates Suicide Bereavement Counselling centres that had previously been operated by Console. They provide free counselling, therapy and support to individuals, couples, families and children who have been bereaved by suicide.