SoftCo’s sponsorship of the Irish Women’s Hockey Team, who reached the World Cup Final last August, was recognized as ‘Sports Sponsorship of the Year’ at the Irish Sport Industry Awards. The squad became the first Irish team to reach a World Cup final. These achievements were later recognized as the silver medal winning team were announced as 2018 Team of the Year at the RTE Sports Awards.

In December, 2018 SoftCo announced the extension of its main sponsorship agreement for the Irish Women’s Hockey team up until at least 2021. The partnership with Hockey Ireland will incorporate the 2019 European Championships and the team’s qualification campaign to the 2020 Tokyo Olympics.

“We are delighted to be recognized by The Federation of Irish Sport for ‘Best Sponsorship’. The heroics of the team at the 2018 World Cup was inspirational and we were thrilled to be a part of it.” 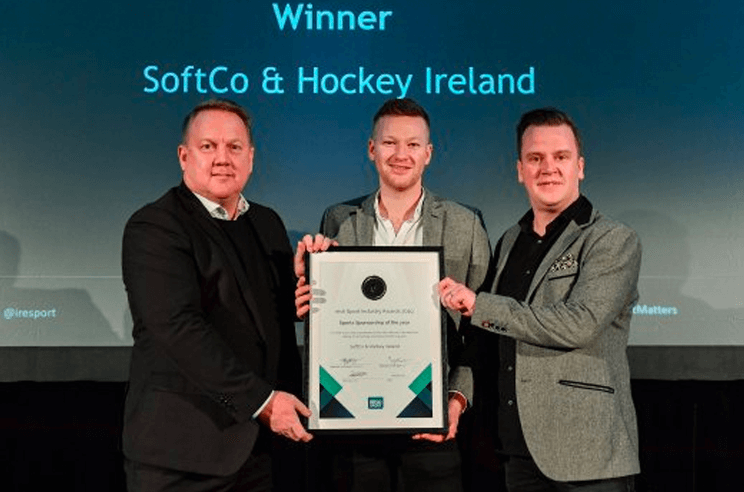