The Population Register Center (PRC), an entity of the Finnish Government, started using SoftCo Procure-to-Pay on 1st October 2018. After only 6 months, the organization is automatically processing 84% of PO invoices without any human interaction.

Population Register Center’s main role is to promote digitalization and e-commerce in Finland. The organization is one of over 70 entities in The Finnish Government who are implementing SoftCo´s Procure-to-Pay services. The PRC purchases around 50 million euros each year and processed about 4,000 invoices last year, which is set to increase to 5,000 in 2019.

The project is in the early stages but so far Eeva Kykkänen, Financial Planner and Juho Luoma, Procurement Manager have already identified 5 key areas of improvement:

In February 2019, it took PRC an average of 7 days to process a single invoice. This includes capturing the data on the invoice, matching it to the relevant PO and Goods Receipt Note, and verifying and approving the invoice for payment. According to PayStream Advisors, this process usually takes 45 days for industry novices and 23 days for mainstream finance teams.

Eeva praises the system’s ability to read invoices continuously, which is significantly reducing invoice lifecycle times. This compares favorably to PRC’s previous system, which only read invoices twice a day.

The rollout from the Population Register Center’s three-member project team went smoothly and without any friction. Juho commented, “I didn’t lose a minute of my nightly sleep”.

Benefits of a single platform:

Having all of the organization’s procurement processes and orders in one system is improving efficiency and reducing time spent on manual tasks. Additionally, the single platform encourages collaboration, and improved visibility between Procurement, Accounts Payable, and Suppliers.

Having the ability to approve invoices via email and mobile has also played a significant role in reducing overall invoice processing times.

“The area in which we expect to see the biggest long-term improvements is contract matching,” says Eeva. This feature allows PRC to automatically match invoices to underlying contracts, in turn, reducing admin time spent creating and matching additional documents, which had to be done in the past. 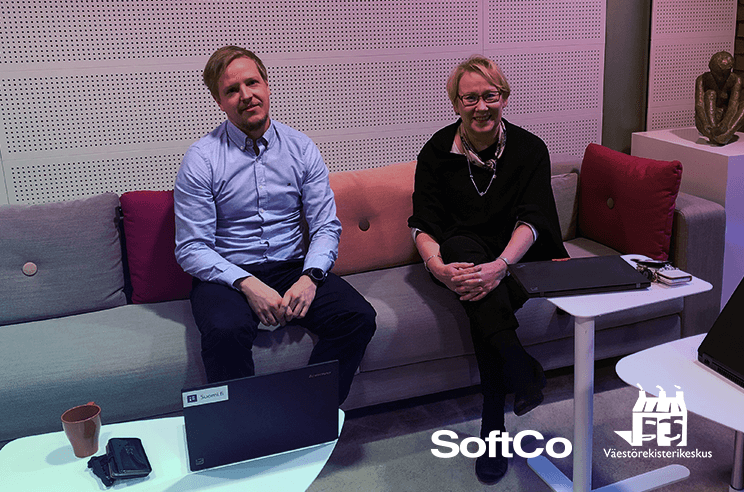