The event was hosted by sports journalist and television presenter, Jacqui Hurley, and included an interactive Q&A with squad members. Jacqui interviewed players including Team Captain Katie Mullan and record goal scorer Anna O’Flanagan on the effect the pandemic has had on preparations for the Olympics, the importance of mental strength during lockdown and what their hopes are for the Summer Games in Tokyo.

As part of their Olympic build-up and grueling training schedule, the squad are currently preparing for the competitive “SoftCo Series” of International matches against current Olympic Gold Medallists, Great Britain, in Belfast on March 13, 14 & 16. The matches will provide the Green Army with the opportunity to play high-quality international matches ahead of an intense international summer.

“Firstly, I would like to thank SoftCo and Saba for their continued support of the team in our preparation for the Olympics. They have shown a tremendous amount of commitment and belief in us and we would love nothing more than to be able to bring home an Olympic medal this summer. Both SoftCo and Saba have been big advocates of International Women’s Day and it was a pleasure to take part in today’s event.”

“International Women’s Day is all about recognizing the achievements of women and the Irish Women’s Hockey Team are the perfect example of what can be achieved through hard work and dedication. These women are a true inspiration to us all and their achievements deserve to be celebrated. We are delighted to be able to play a small part in helping them achieve their dreams.” 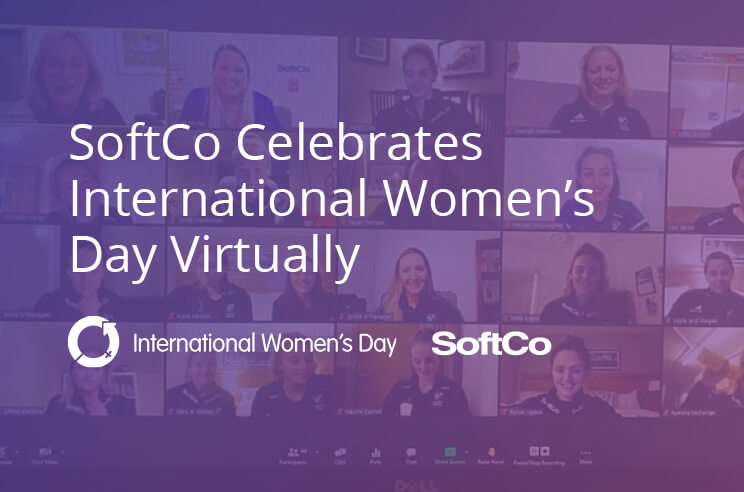