Ireland Woman’s Hockey manager, Graham Shaw, today announced the names of the 18 women who will represent the team at The World Cup this summer.

As primary sponsors, SoftCo’s Dublin office hosted the squad announcement. In attendance were members of the press representing leading television news channels and newspapers including BBC and RTE who gave the squad national and international news coverage.

The ‘Green Army’ who are currently ranked 16th in the world understand the size of the task ahead as they are in a challenging group alongside hosts England, USA, and India. But the objective is clear – “We are going there to get out of the group and into the knockout stages,” Manager Shaw declared, as he officially announced the squad of players which will represent Ireland, and scale new heights with the women’s national team, at SoftCo Dublin.

“This is a great opportunity for the Irish hockey team to announce themselves on the world stage. SoftCo is delighted to be supporting the squad as they mirror our values of representing Ireland at a global level.”

(All games live on BT Sport) 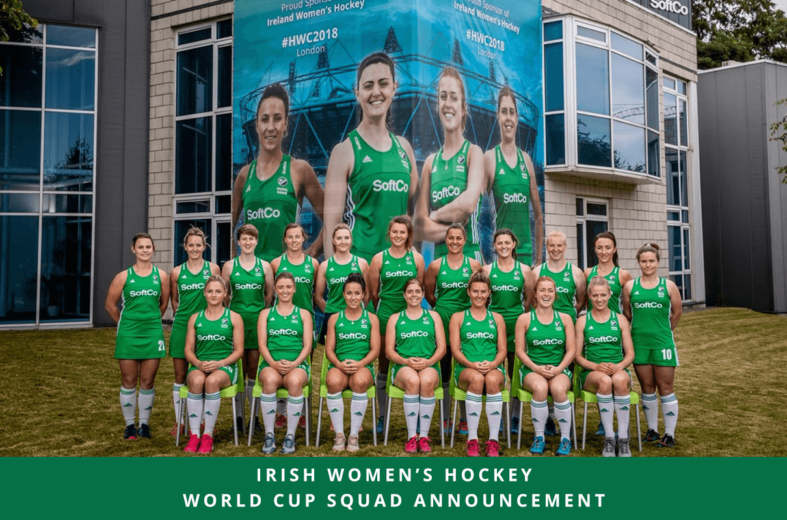