SoftCo is delighted to announce that it is extending its partnership with the Irish Senior Women’s Hockey Team and in addition SoftCo will also become the main sponsor for the U21 & U23 Development Squads.  Following the Team’s success over the past number of years with the World Cup Silver Medal and the Tokyo Olympics, the additional support provides continuity for the next phase of the Green Army story including the upcoming World Cup qualification tournament in Rome.

The U21 and U23 Development Squads are essential for the expansion of the senior squad, particularly as they embark on a new Olympic cycle toward Paris 2024.

“The Ireland Women’s Hockey Team have raised the bar over the past number of years with their magnificent achievements. We are delighted to increase our support and in particular the sponsorship of Developments Squads as we look forward to an exciting future for hockey in Ireland.” commented Susan Spence, Co-Founder, SoftCo

Speaking about the agreement, Hockey Ireland CEO Jerome Pels said: “We are delighted SoftCo have agreed to continue their primary sponsorship of Hockey Ireland’s senior women and expanding their support to incorporate our women’s development panel. This exciting move will bring continuity to our women’s program and build on the strong foundations established over the past three years.” 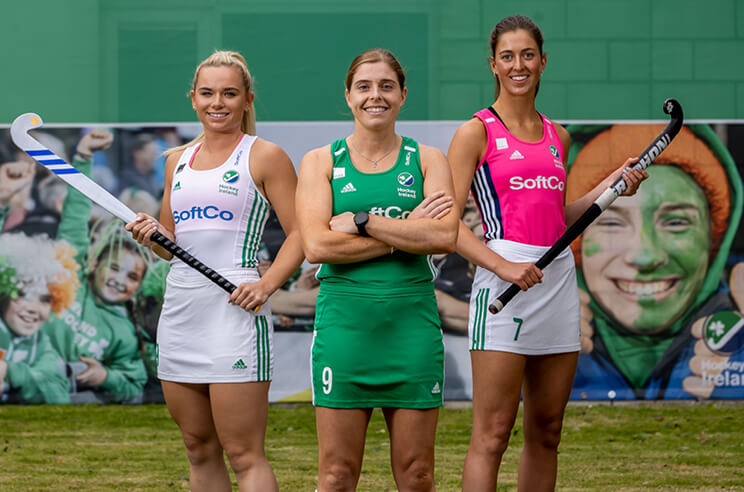