We are delighted to announce that the rollout of SoftCo Procure-to-Pay in the Finnish Government is both tracking on schedule and within budget.

In the report, Kati says that implementation of SoftCo Procure-to-Pay across all government agencies will be completed by February 2020.

She goes on to state that a number of key development goals are already in place, which will be enabled by a full roll-out of the solution. They include the unification of internal suppliers, streamlining cooperation and processes with external suppliers, developing a contract management model and continuing to improve the levels of invoice automation.

“From a project management perspective, we have implemented a project that has progressed on schedule and within budget. Thank you to all the key people, both in the agencies and in the Group, without forgetting, of course, the provider of our service solution.”

This latest update follows a recent report by Palkeet where it was announced that the Finnish Government is already achieving close to 70% automation resulting from the implementation of SoftCo Procure-to-Pay.

The Finnish Government aims to save €100 million as a result of digitizing public services. It also aims to reach a level whereby 90% of invoices are processed automatically.

In 2017, SoftCo Procure-to-Pay was chosen by Palkeet following a competitive tender process, as the most comprehensive solution to centralize and transform The Finnish Government’s entire procure-to-pay process. 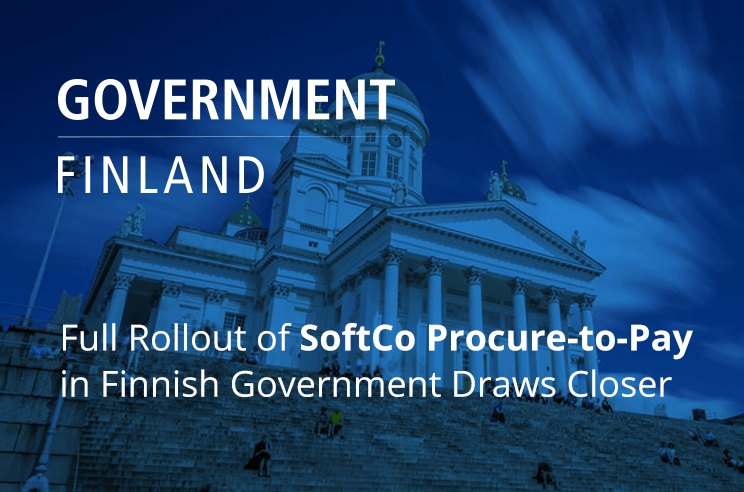