Katie made her senior Ireland debut against Wales in 2012 and has represented Ireland in various tournaments, including the 2017 Women’s FIH Hockey World League and 2017 Women’s Four Nations Cup. However, her career highlight came when she captained the team that defied the odds to make it all the way to the final of the 2018 Women’s Hockey World Cup.

Katie is also studying for a Master’s degree in Biomedical Engineering. Her strong leadership and team building skills, evident throughout her successful hockey career, will be of great benefit to her role of brand ambassador, in supporting the growth of SoftCo and working closely with worthy charitable causes as part of the SoftCo Foundation.

“The heroics of Katie and her teammates at the 2018 Hockey World Cup was truly inspirational. She perfectly reflects our philosophy and we are thrilled to have her on the SoftCo team.”

Commenting on the relationship between SoftCo and the Irish Women’s Hockey team, Katie said:

“SoftCo believed in us and saw something special in this group of players. They came onboard our World Cup journey only a couple of months prior to the tournament and we were delighted that they did. The values within our squad line up with those of SoftCo but most importantly our ambition. Moving forward this squad is both committed and dedicated to qualifying for the 2020 Olympics in Tokyo.” 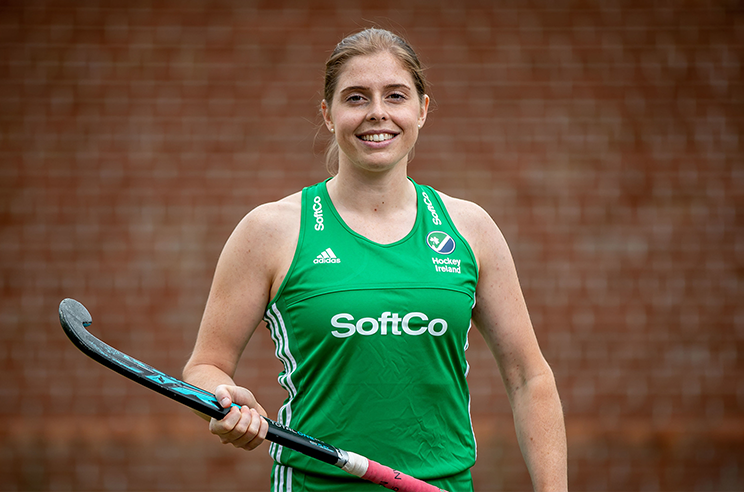